In April of 2020, right at the start of lockdown, Shawn Gauthier married a man from Carleton Place. Knowing Shawna had many years of hair styling experience, Shawna’s new brother-in-law proposed a potential business opportunity to Shawna: as a client of Erika at the Twisted Barber, Wally knew Erika was moving back to the Maritimes and thought Shawna would be great as a barbershop owner. Shawna initially had no interest in opening her own business, but a week later she was convinced. Shawna opened The Urban Barber on June 12, 2020.

Originally from Constance Bay, Shawna spent most of her life living in Ottawa. She had children young and waited until they were in school full time to pursue her dream of becoming a hair stylist. Shawna attended Marvel Hair Styling School, the #1 hair school in Canada. 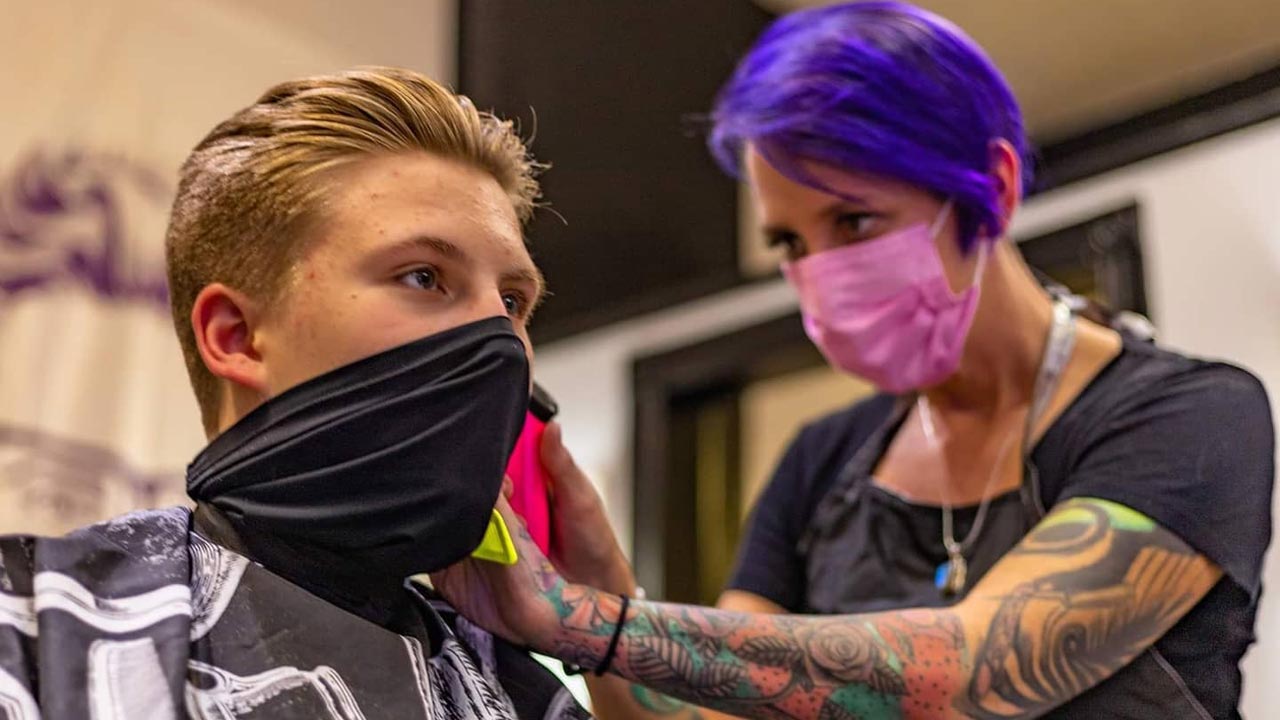 A career-defining moment for Shawna was building a friendship with William Whatley, celebrity hairstylist. Shawna met Whatley while attending a hair show in Ottawa. Shawna had been thinking to herself “I am not leaving here until he cuts my hair”. Her moment came when his hair model refused to have her hair cut so Shawna was able to volunteer. A few years later, Whatley invited Shawna to train in Las Vegas to become Canada’s first educator for Scruples Razors.

Shawna has been enjoying life in Carleton Place and has been successful with her barbershop, no doubt thanks to her friendly personality and skill. Shawna is very keen to meet more people in town so make sure to visit her at The Urban Barber at 126 Bridge Street. Feel good and look your best with a professional cut by Shawna Gauthier.